Phosphoinositides (PIs), phosphorylated derivates of the membrane lipid phosphatidylinositol, are enriched in specific cellular membrane compartments and act as critical regulators of cell signalling pathways, cell proliferation and intracellular membrane trafficking through recruitment of effector proteins. The formation and turnover of PIs are tightly regulated in space and time by specific PI kinases, phosphatases and lipases (Figure 1). The inactivation or over-activation of these PI modifying enzymes is associated with multiple human diseases, including cancer, diabetes and myopathies. The link between defective PI metabolism and cancer is especially strong: more than 50% of human cancers show elevated levels of PI(3,4,5)P3 at the plasma membrane. Consequently the PI(4,5)P2 3-kinase (PI3K-I), acts as an oncogene and the PI(3,4,5,)P3  phosphatase, PTEN (Phosphatase and tensin homolog on chromosome 10) is a well known tumour suppressor. Specific PIs can recruit effector proteins through specific lipid binding domains, and in the case of PI(3,4,5)P3 two of the effectors are PDK1 and Akt/PKB that both bind PI(3,4,5)P3 through their PH domain. Of these, Akt/PKB is an important oncogene and is frequently amplified in cancer. The use of Drosophila as a genetic model system has been very important in finding new components and placing previously known tumour suppressors and oncogenes into the pathway whereby PI3K-class I acts, and serves as a prime example of how a tumour suppressor pathway and its cellular functions can be unravelled using Drosophila as a model. Several lines of evidence suggest that lack of PI3P produced by the kinase Vps34 (vacuolar protein sorting 34) is oncogenic, implying that this lipid harbours tumor suppressor activities. Vps34 is the enzymatic component of the PI3K-III holoenzyme that apart from Vps34 consists of the regulatory subunit Vps15, Beclin1, and one of the proteins UVRAG or Atg14. Two of these components (UVRAG  Beclin1), but not the regulatory or the catalytic subunit of the PI3K-III holoenzyme have hitherto been assigned tumour suppressor functions. The beclin1 gene is monoallelically deleted or epigeneticallay silenced in 40-75% of sporadic breast, ovarian and prostate cancers, but the underlying molecular mechanisms and cell biological processes responsible for its tumor suppressive effects are only partially known. We are using Drosophila genetics and human organoid cell culture to address cell biological functions of PI3K-III that may explain why it acts as a tumor suppressor. 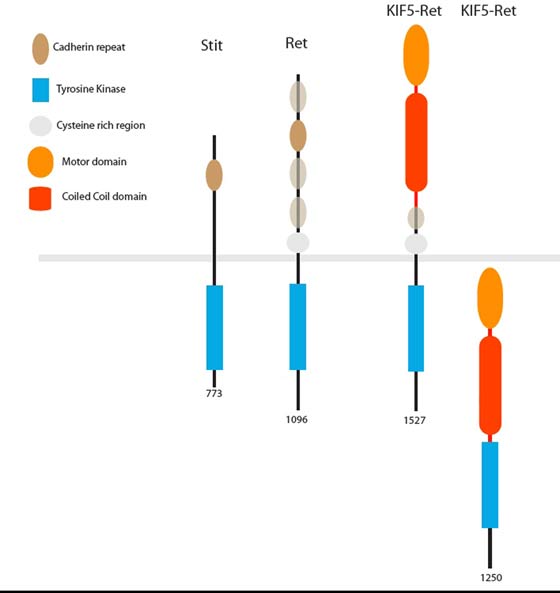 Ret is a Receptor Tyrosine Kinase responsible for about 50 % of Multiple endocrine Neoplasia, type II (MEN2), a rare but aggressive thyroid cancer. The activation of this proto-oncogene, can occur by somatic and germline point mutations, but also with various fusion partners driving carcinogenesis. Recently it was also reported that Ret fusion oncogenes occur in 1-3% of lung cancers suggesting that Ret, like other members of the RTK subfamily such as EGFR, FGFR, ALK and HER2 acts as an oncogene in several cancers. We use one of the most frequent fusion oncogene, KIF5B-RET, and the fly orthologue called Sticther to study the conserved mechanisms of the role of Ret receptors in tumor growth.

Project: Regulation and function of Autophagy in disease

We are always looking for talented and motivated Post Docs and PhD students that wants to join the lab.

If you are interested please contact Tor Erik Rusten by email well in advance to be able to secure funding.