Genetic research has a major role to play in the effort to elucidate the pathogenesis of PD on a molecular level. With respect to the sporadic, complex form of the disease, a major advance in recent years has been the identification of susceptibility loci through large-scale genome wide association studies (GWAS). A total of 26 loci have been associated with disease risk at genome-wide significance levels (Nalls, Nat Genet 2014). In addition, there is clear evidence that within several of these regions multiple genetic variants are independently increasing disease risk (unpublished data). However, considerable scientific efforts are necessary to refine and expand the understanding of GWAS association signals before the full potential value of these findings can be harvested for further research. 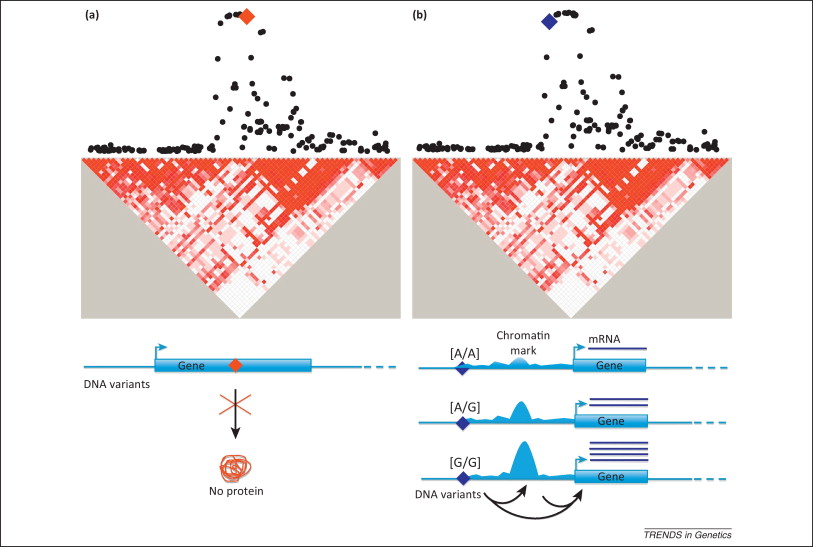 Association signals emerging from GWAS typically involve dozens of gene variants in linkage disequilibrium (LD), meaning that they are inherited together more often than would be expected by chance. This phenomenon complicates the identification of the functionally relevant variants within risk loci. Furthermore, most genetic risk variants fall outside coding regions and do not alter the amino acid sequence of proteins (Abecasis, Nature 2012). Until recently, the functional characterization of risk-associated loci was hindered by the limited knowledge of the human genome outside coding sequences. However, approaches to successfully characterize the functional nature of these loci are emerging. A series of large-scale genomics projects, including the Encyclopedia of DNA Elements (ENCODE) and the International Human Epigenome Consortium (IHEC), are leading an effort to annotate the non-coding regions of the human genome. Together, these layers of biological information serve as the foundation for post-GWAS functional studies. Recent studies have indicated that the majority of genetic risk variants regulate gene expression through mechanisms involving transcription factor (TF) binding, chromatin looping, or epigenetic mechanisms as DNA methylation and miRNA recruitment.